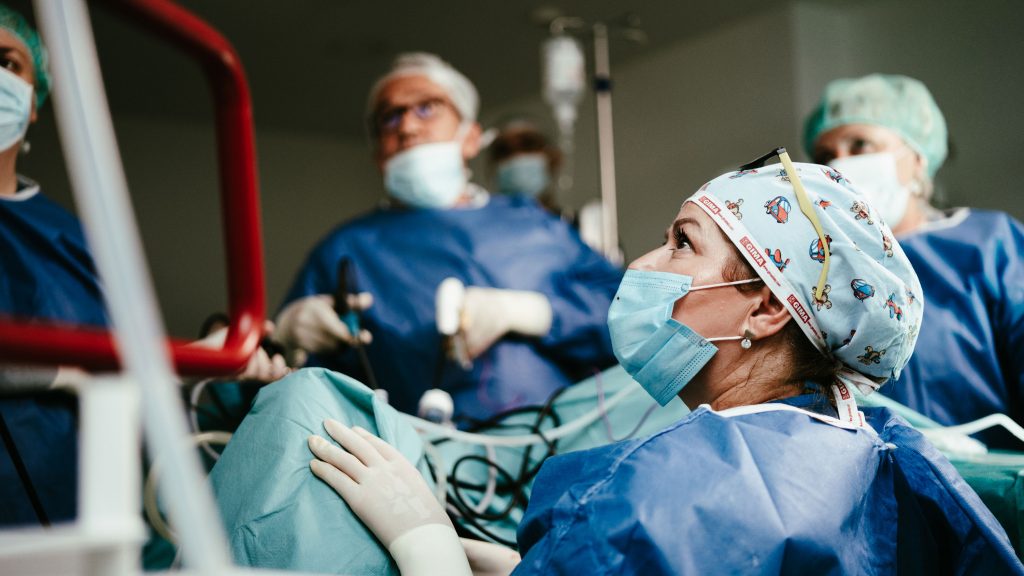 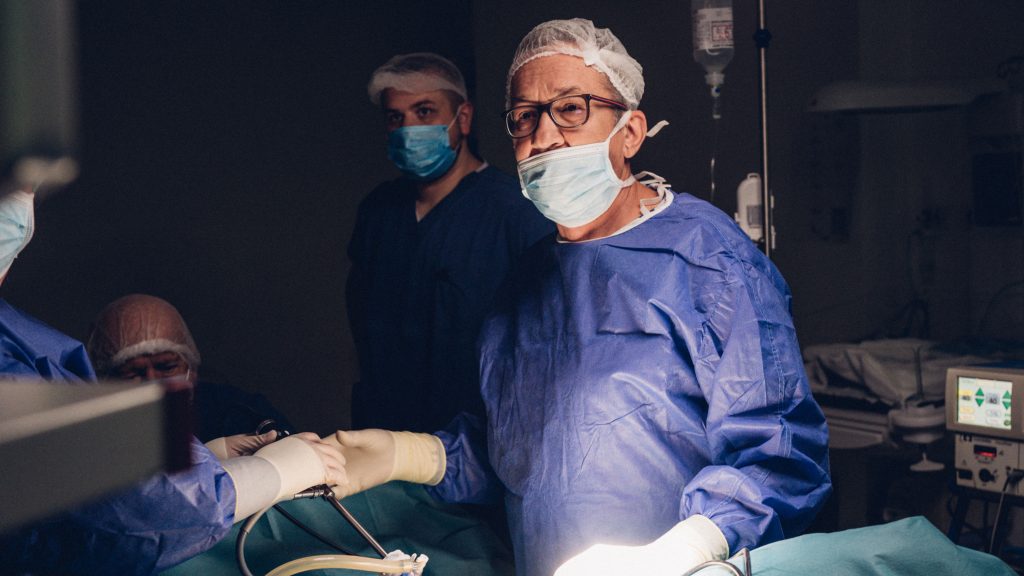 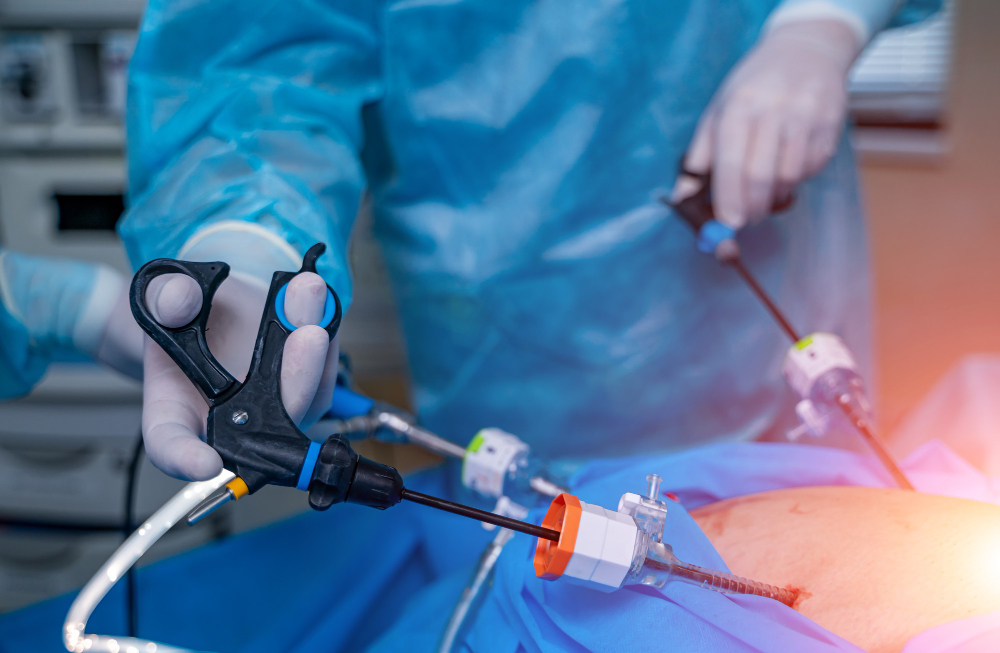 Laparoscopy generally has a shorter recovery time than open surgery. Leaves smaller scars. A gynecologist, general surgeon, or another type of specialist can perform this procedure. Gynecological laparoscopy is an alternative to open surgery. Use a laparoscope to look inside the pelvic area. Open surgery often requires a large incision. A laparoscope is a thin, […] 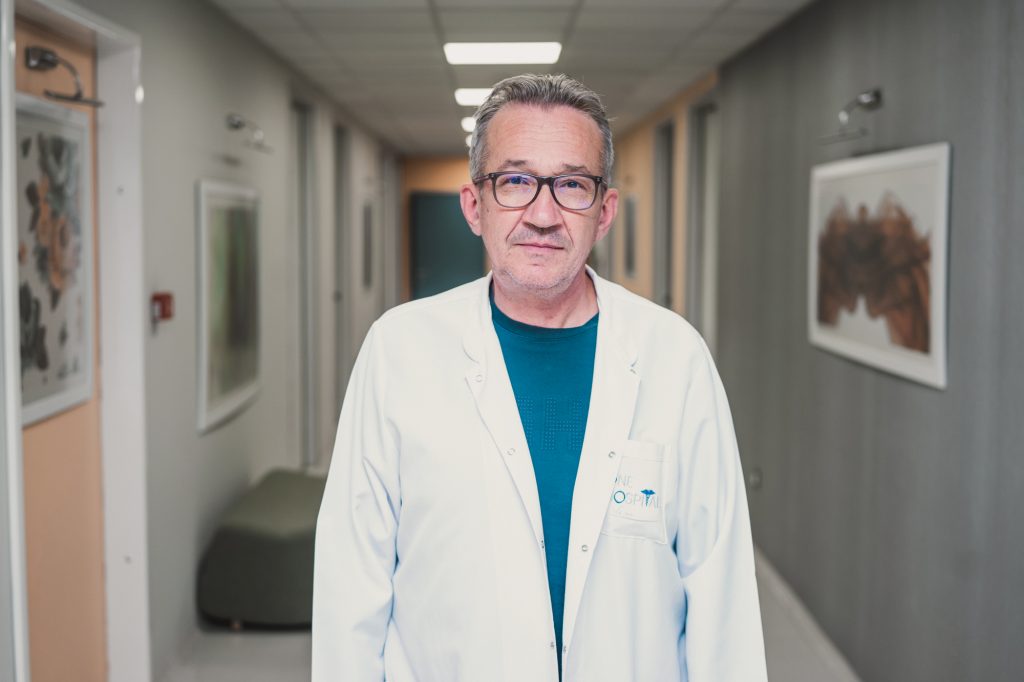 Urogynecology, also known as female pelvic medicine and reconstructive surgery, is a subspecialty in obstetrics and gynecology that focuses on treating women with pelvic floor disorders. Disorders of the bottom of the pelvis occur when the muscles that support and hold a woman’s pelvic organs become weak, causing problems with the bladder, intestines, or uterus. […] 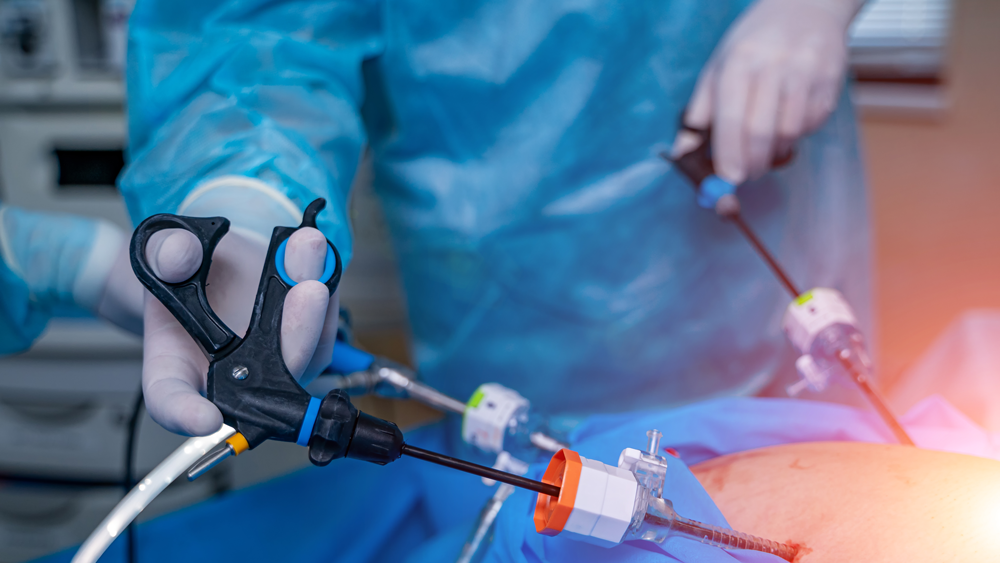 Laparoscopy is a minimally invasive procedure that is performed with a special instrument laparoscope through 4 small incisions in the abdomen (2 cm each). It can be diagnostic and therapeutic. It is performed under general anesthesia. It is used as a diagnostic method for visualization of the internal reproductive organs or as a therapeutic it […] 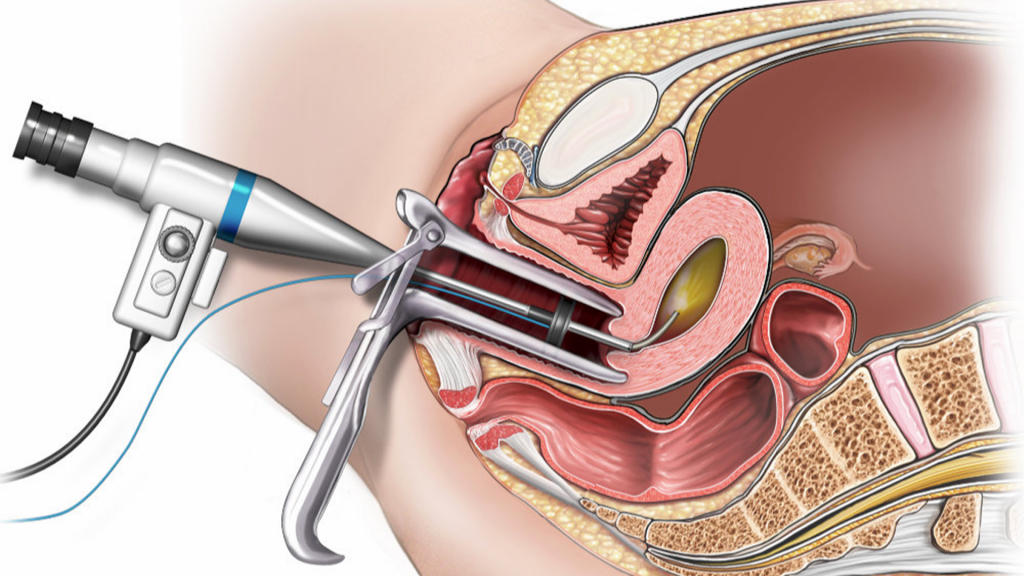 Hysteroscopy is a minimally invasive short-term surgical procedure that allows examination of the inside of the uterus for the purpose of diagnosing and treating changes inside the uterus such as polyps, fibroids, and septum. of changes in the interior of the uterus. It is recommended for women who are treating infertility. Indications: Discovering the causes […] 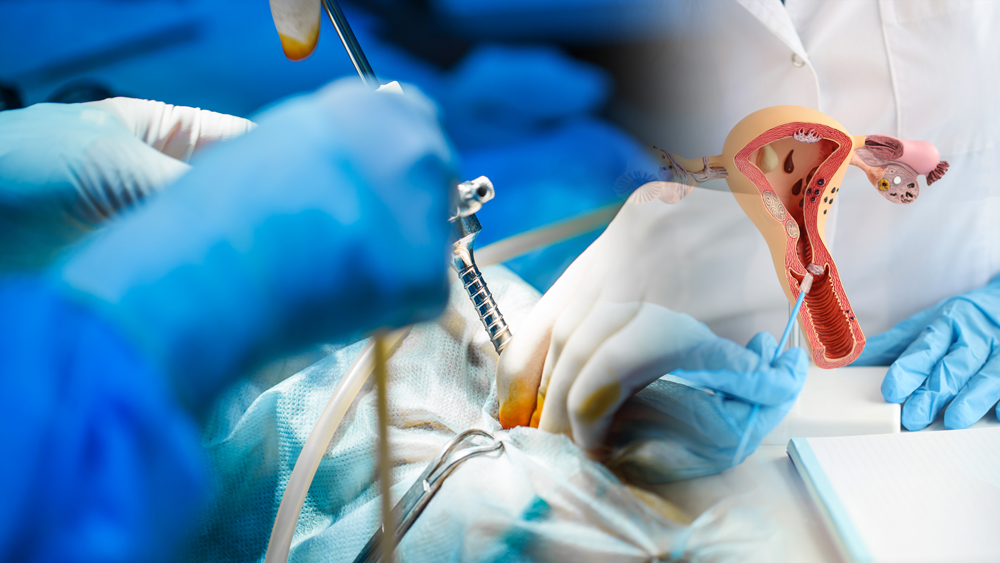 Genital prolapse (lowering of the uterus) Genital prolapse is the descent of the external reproductive organs and the uterus. It most often occurs in older patients, but it can also occur in younger ones. The treatment of genital prolapse in our hospital is done with the method of sacropection or sacrocolopexy. It includes hysterectomy (removal […] 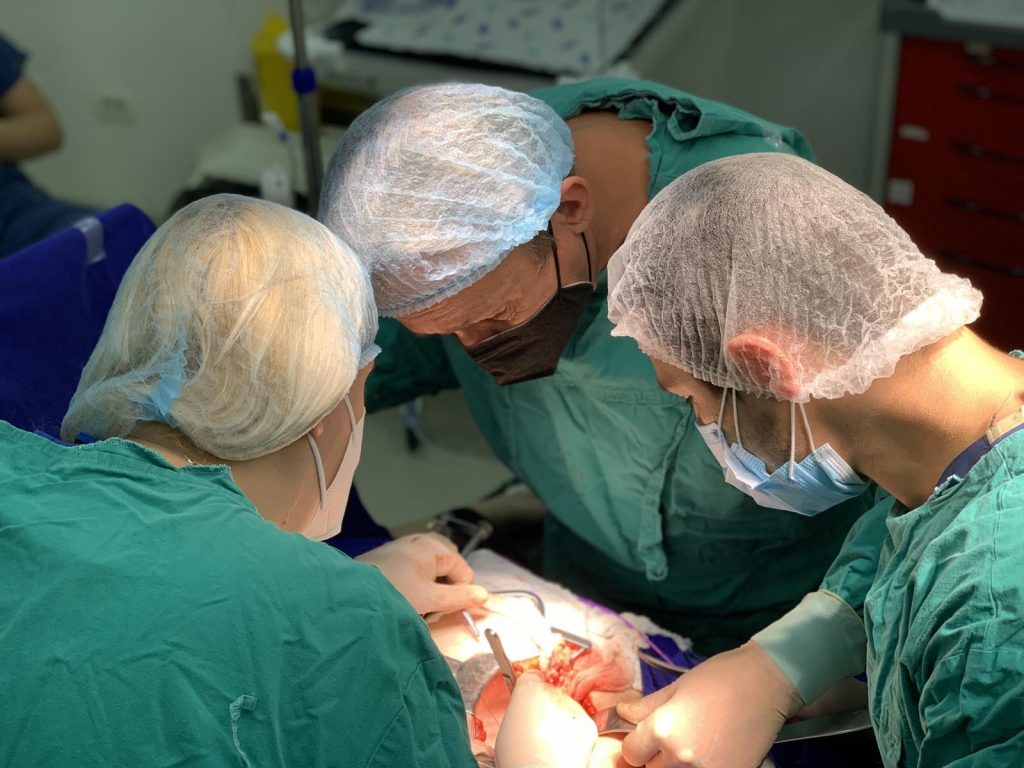 In the gynecological and obstetric department at One Hospital, in addition to natural childbirth and caesarean section, surgeries on the genitourinary tract are also performed.Our team performed surgery on a 54-year-old woman due to urinary stress incontinence with the MINI-SLING method.Urinary stress incontinence is the involuntary discharge of urine due to weakness of the urethral […] 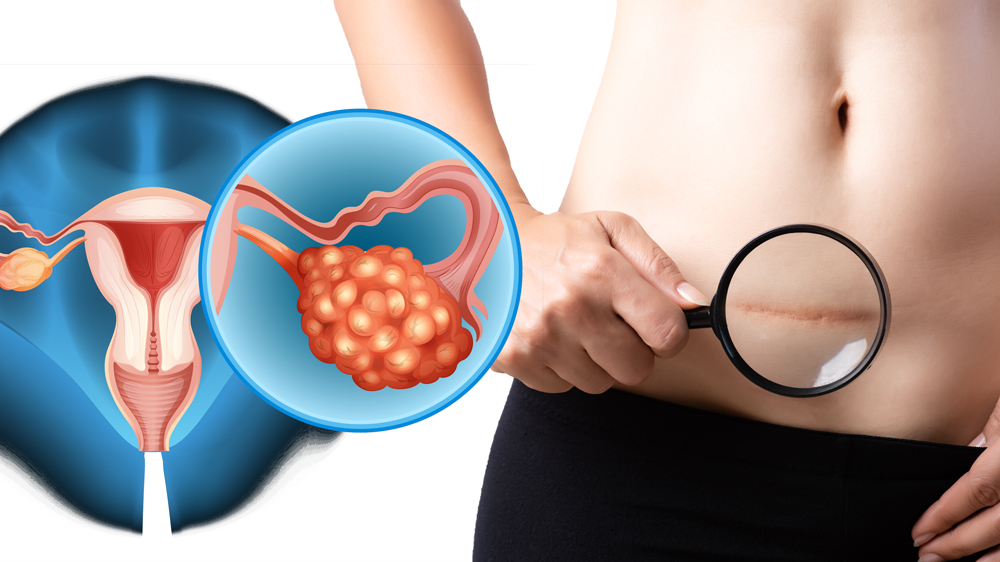 Ovarian cancer is an abnormal growth of cells that form in them. Cells multiply rapidly and can penetrate and destroy healthy tissue. The female reproductive system contains two ovaries, one on each side of the uterus. The ovaries – each the size of an almond – produce eggs, as well as the hormones estrogen and […]