If only part of your thyroid is removed, the remaining portion typically takes over the function of the entire thyroid gland. So you might not need thyroid hormone therapy.

If your entire thyroid is removed, your body can no longer make thyroid hormone. Without medication, you’ll develop symptoms of underactive thyroid (hypothyroidism). These symptoms may include dry skin, fatigue and weight gain. You’ll need to take a pill every day that contains the synthetic thyroid hormone levothyroxine (Synthroid, Unithroid, others).

Esophagectomy is a surgical procedure to remove some or all of the swallowing tube between your mouth and stomach (esophagus) and then reconstruct it using part of another organ, usually the stomach. Esophagectomy is a common treatment for advanced esophageal cancer and is used occasionally for Barrett’s esophagus if aggressive precancerous cells are present. An esophagectomy may also be recommended for noncancerous conditions when prior attempts to save the esophagus have failed, such as with end-stage achalasia or strictures, or after ingestion of material that damages the lining of the esophagus.

Minimally invasive esophagectomy. This type of approach involves removing the esophagus through several small incisions in the abdomen (laparoscopically) or the chest (thoracoscopically). During laparoscopic surgery, the surgeon inserts instruments and a camera-tipped device through the incisions to view and perform the operation without dividing the muscles or breaking a rib. In some centers, this procedure may be robot assisted.

A mastectomy is another name for breast removal surgery. You might need surgery to remove your breast tissue if you have breast cancer or have a high risk of getting breast cancer.

When you have breast cancer, the best hope of defeating it is to remove the cancer cells from your body. That means removing any tissue where cancer cells exist. This can be a relatively minor or a relatively major operation, depending on how large the tumor is and how much tissue needs removed.

How is fibroadenoma treated?

Most fibroadenoma tumors do not need to be treated. However, it should be checked at regular intervals for follow-up purposes. However, surgical removal may be required, especially in cases where the fibroadenoma tumor causes the breast to enlarge or change its shape.

Fibroadenomas can sometimes stop growing on their own or even shrink without any treatment. In such cases, if the breast mass is confirmed to be a fibroadenoma, the mass can be left in place and monitored to ensure that it does not grow.

When not necessary, removing fibroadenoma tumors means removing the normal breast tissue next to the mass. For this reason, it is important to carry out the process with a specialist doctor for the surgical procedure.

It is important to have regular breast exams or imaging tests to make sure fibroadenomas are not growing.

In cases where the fibroadenoma appearance is abnormal, grows excessively or causes complaints in the examinations and tests, removal of the mass may be preferred.

Breast cysts are fluid-filled sacs that are usually noncancerous. Sometimes you can feel them, especially if they become painful a few days before your menstrual cycle. In most cases, breast cysts don’t need treatment.

How are breast cysts treated?

In most cases, you don’t need treatment. Simple breast cysts don’t cause any harm and sometimes even go away on their own.

If the cyst is uncomfortable, your healthcare provider can drain the fluid from it with a needle biopsy. However, the fluid could come back. If it returns and continues to be painful, you may need surgery to remove it.

For complicated or complex breast cysts, you may need more frequent checkups to keep tabs on any changes.

Chest wall tumors are growths that form in your chest wall, which is the protective structure surrounding your heart, lungs and liver. They may be cancerous or noncancerous. The most common type of cancerous chest wall tumor in adults is chondrosarcoma. Treatments include surgery to remove the tumor and chest wall reconstruction.

What is the treatment for chest wall tumors?

Surgery (resection) to remove the tumor.

Reconstructive surgery to repair the damage the tumor caused to your chest wall.

If the tumor is cancerous, you may also need:

Your provider will explain the best timing for your treatments. For example, your provider may recommend you have chemotherapy before surgery to reduce the size of the tumor before its removal.

Chest wall deformities, or abnormal development and appearance of the chest, can vary from mild to severe. These deformities are considered to be congenital and may be apparent at birth or later in childhood. Regardless, the severity of the malformation usually progresses rapidly during puberty. A variety of anomalies are described however the most common are pectus excavatum (sunken chest or funnel chest) or pectus carinatum (pigeon chest). Less common types of chest wall abnormalities include pectus arcuatum, Jeune syndrome, and defects of the ribs and sternum.

Pectus excavatum is characterized by a depression in the sternum, typically the lower half of the sternum. The depression of the sternum causes cardiac compression and lung capacity restriction.  When severe, patients may experience shortness of breath, chest pain, and asthma-like symptoms. The malformation may also cause poor body self-image for patients.

Surgery of the Chest Wall and Diaphragm

Surgery for benign chest wall deformities is most commonly performed for cosmetic reasons but in some cases for restrictive respiratory or cardiac symptoms. Postexcision, chest wall defects larger than 5 cm will require reconstruction to diminish paradoxical motion and impaired gas exchange. All full-thickness diaphragm defects should be repaired when diagnosed to prevent late onset of perforation or strangulation of abdominal contents in the chest. Diaphragm eventration requires repair only for symptoms of impaired gas exchange.

Tumors (also called neoplasms) are masses of cells. They can be benign (not cancer) or malignant (cancer). Mediastinal tumors are growths that form in the area of the chest that separates the lungs. This area, called the mediastinum, is surrounded by the breastbone in front, the spine in back, and the lungs on each side. The mediastinum contains the heart, aorta, esophagus, thymus, trachea, lymph nodes and nerves. The thymus is an organ that is part of the immune system.

How are mediastinal tumors treated?

The treatment used for mediastinal tumors depends on the type of tumor and its location:

Thymomas require surgical resection with possible radiation to follow. This can be accomplished by minimally invasive techniques such as thoracoscopy or robotic resection or by median sternotomy, an open approach that splits the breastbone.

Lymphomas, once diagnosed, are treated with chemotherapy followed by radiation. Surgery may be required to obtain diagnostic tissue.

Neurogenic tumors found in the posterior (back) mediastinum are treated surgically.

Some masses, if they are not cancerous and are not causing problems, are treated by watchful waiting, which means they are monitored over time. 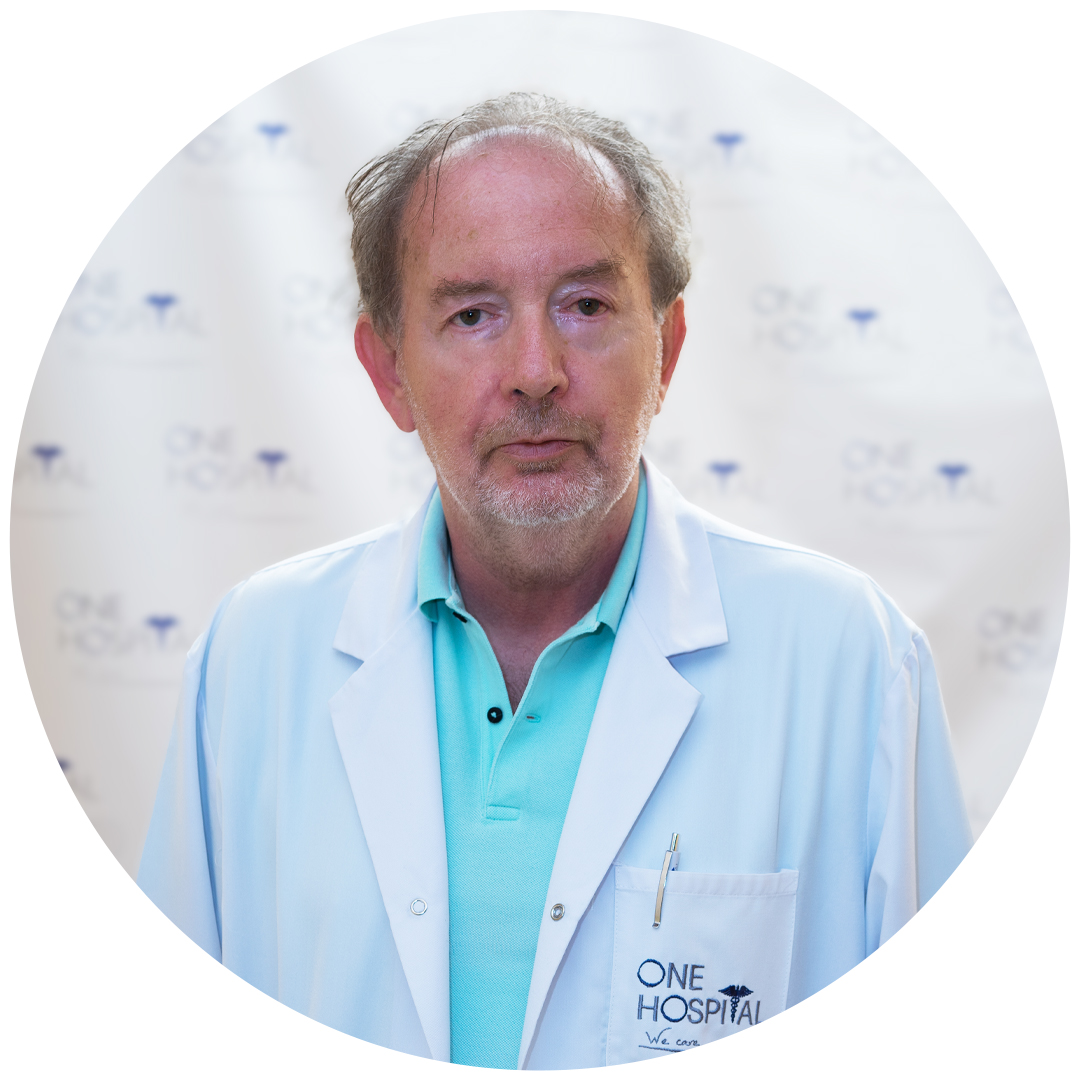 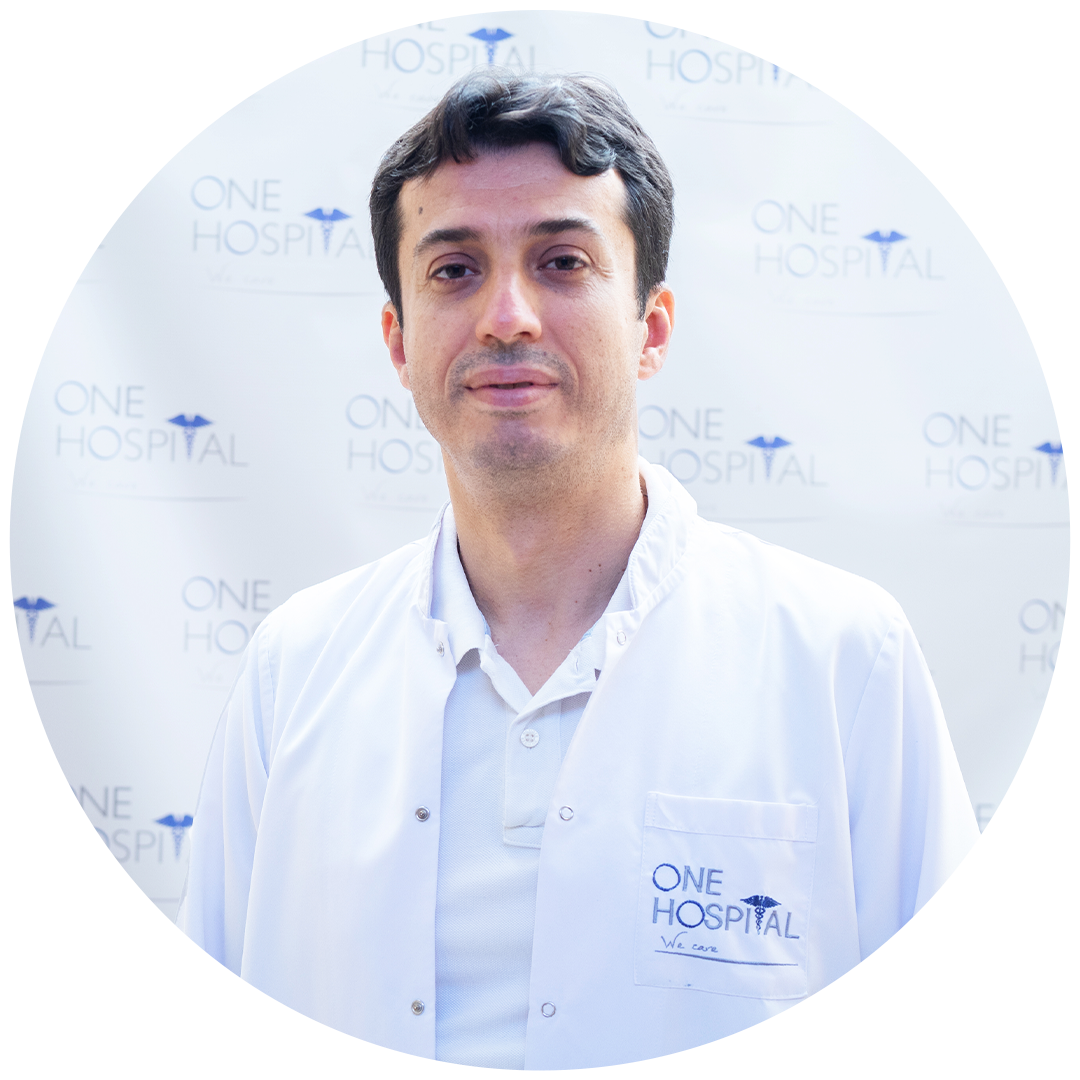 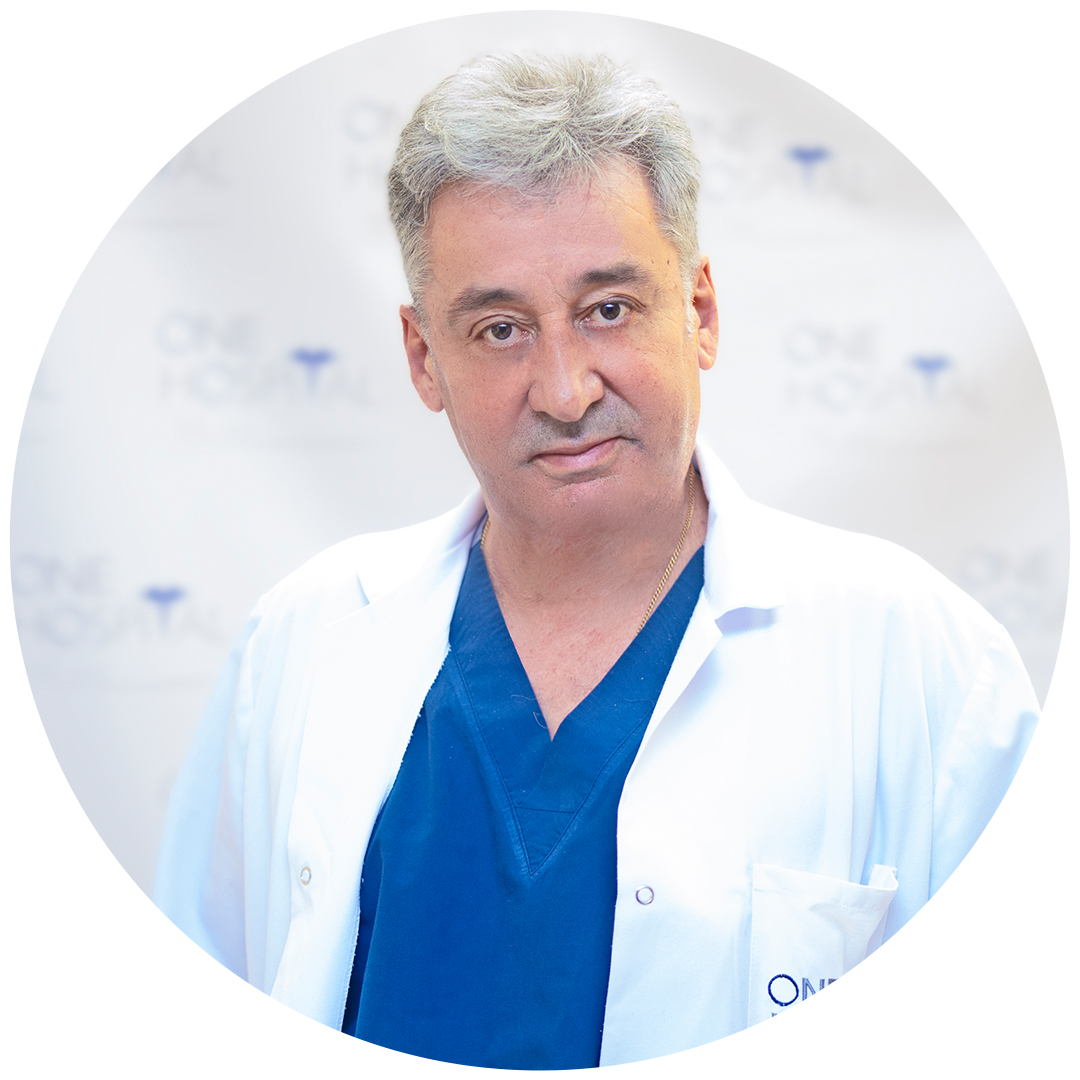 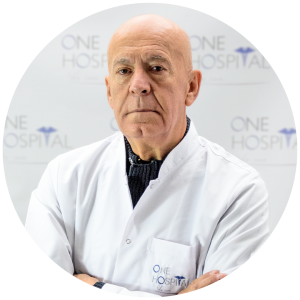 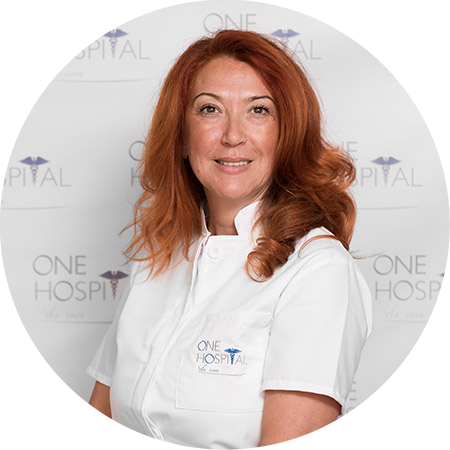 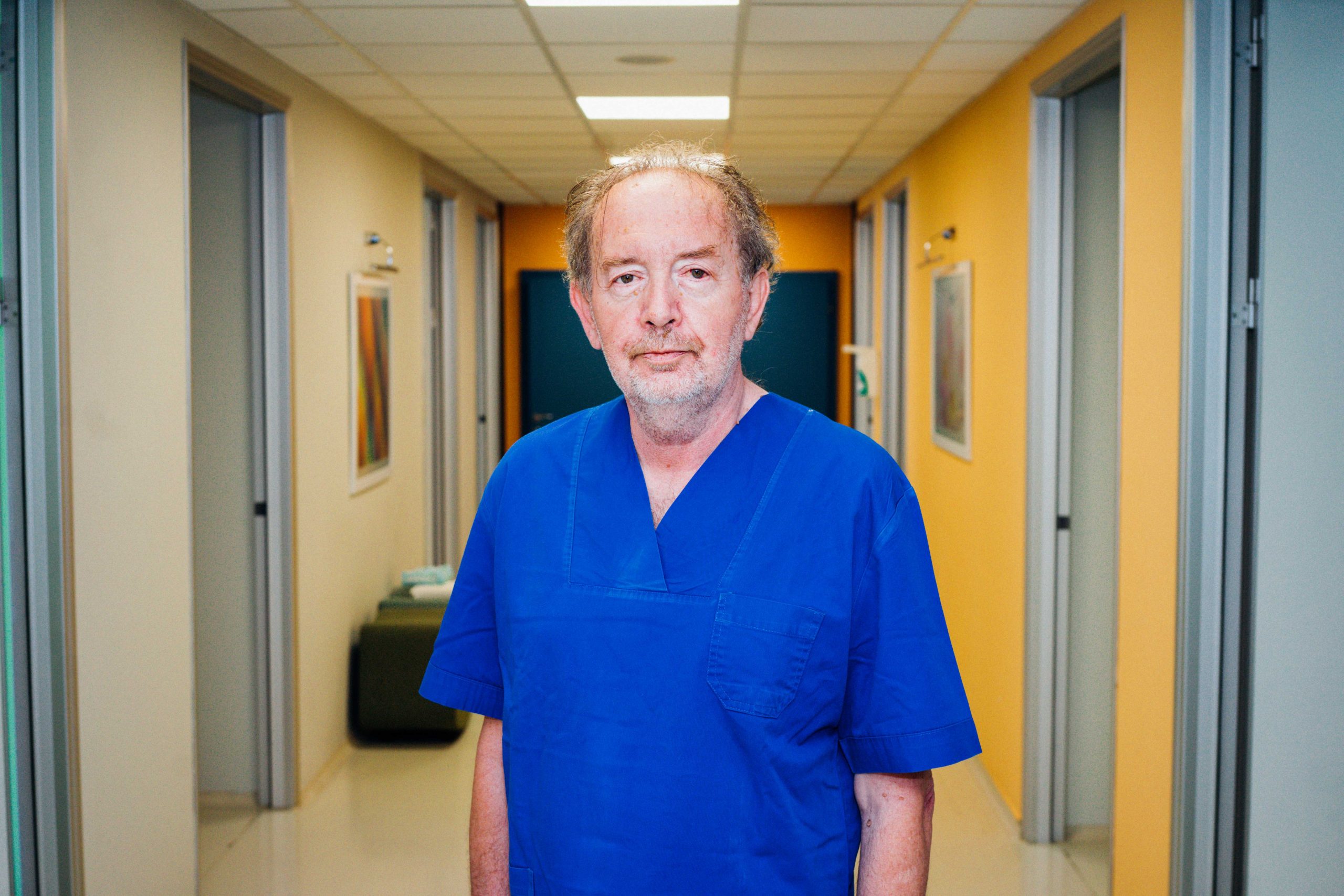